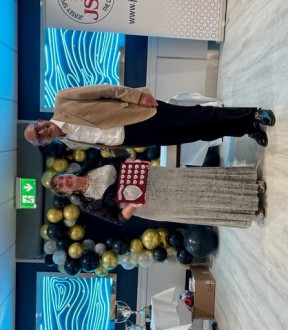 Angie Nicholson becomes only the fourth person to win the Chairman's special award.

Angie has been involved with the JSAD for over 30 years, undertaking various different roles with both our physically disabled and learning disabled members. She has been a General Committee member, was the lead in setting up the Shooting Stars basketball team, coaching the Jersey Wheelers and is now a key member of the LD football support team.

Angie is usually to be found in the background and never seeks the limelight, and as such is a well deserved winner of this award. 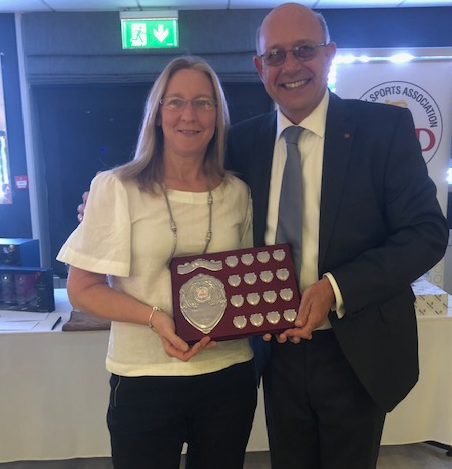 Yana Vibert becomes only the third recipient of this award for her dedication  over the past 13 years to maintaining and developing the very high standards of the Jersey Special Gym Club, and the Great Britain team.

She joined the club in 2006 as an assistant coach, and graduated to head coach in 2014. She has also served with distinction the Special Olympics GB squad as head coach for both the European and World Games.

Yana has truly raised the profile of disability sport in Jersey onto the world stage with her total dedication to the sport. 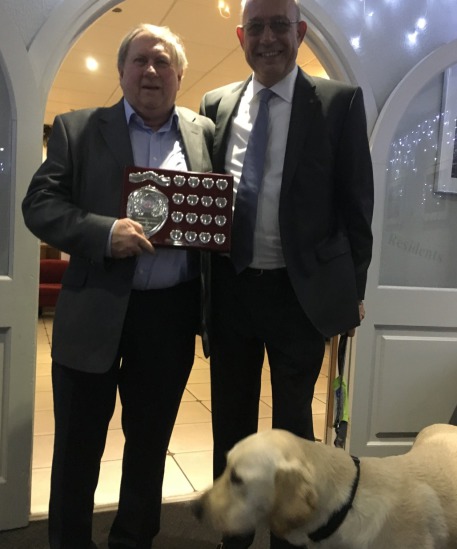 Only the second winner of this award is Alan Ronxin, for his outstanding contribution to Wheelchair Sport.

Alan joined the JSAD 30 years ago in order to support his friend Alan Kelly to take part in wheelchair basketball. Since then, he's tirelessly supported all wheelchair sports activities in Jersey in an exemplary way.

Alan has the nickname of “Spanners” because every Monday night at basketball he is by the court side, spanner in hand, repairing sports wheelchairs.

He's also been a wonderful supporter of many other activities JSAD have been involved with over the years both locally, and further afield.

Alan was presented with his trophy by JSAD Chairman, Paul Patterson.

This was the very first year of this award, and JSAD Chairman Paul Patterson MBE, feelt it's appropriate to recognise an individual every year, whose services to disability sport in Jersey has been outstanding.

The inaugural winner is Jeannine Carey. 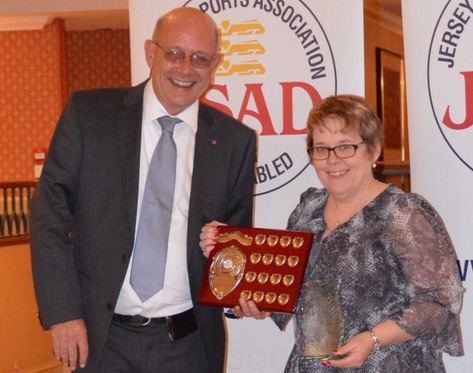 Jeannine Carey became the first recipient of the Chairman's Award for her involvement for almost 30 years with the JSAD.

She has served as General Committee Member, Vice Chairman, and now heads JSAD's Learning Disability Section, as well as running the Centre Club.

Jeannine also takes on overall responsibility for the running of some of our major events during the year, including the very successful 26 x 1 Marathon relay.

Paul Patterson MBE presented his trophy to Jeannine, saying: "Without her significant involvement with JSAD over all this time, it is highly unlikely the association would be as strong as it is today."