JSAD Patron's Award for Coach of the Year 2022 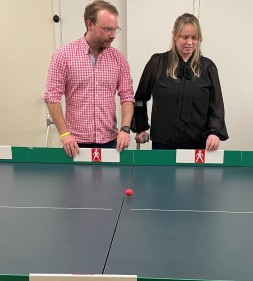 The table cricket coaching duo Adam Cartwright and Victoria Lodge won the Coach of the Year award for 2022.

The pair have been coaching table cricket at Centre Gateway Club for the last couple of years and have been such an asset to the Club team.

They have built up a strong team of members who participate every week and many other members who like to join in and learn how to play.

Multiple players have become very skilled at playing table cricket and look forward to playing each week. Adam and Victoria have provided many members with an opportunity that has helped them develop many different skills.

JSAD Patron's Award for Coach of the Year 2021 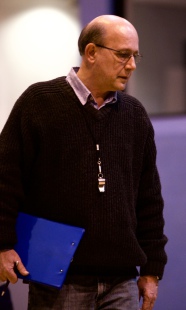 Our very own chairman and top dog Paul Patterson has won the 2021 Patrons Award for Coach of the Year.

Paul was chosen for this year’s award for his relentless pursuit of excellence on the wheelchair basketball court. He is an absolute inspiration to beginners and stalwarts alike.

His coaching is of the highest standard, and throughout the most difficult times, he has kept a very engaged cohort of basketball players who continue to improve week on week.

JSAD Patron's Award for Coach of the Year 2019 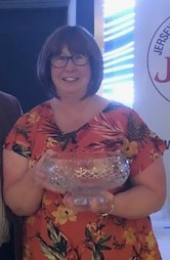 Nicola Kirkland has been Yana Vibert's second-in-command for many years.

She assists with many of the teams and as a coach at all the competitions, giving up her own time to do so.

Like so many people at the JSAD, her efforts have mostly gone unseen, and good coaching staff are the backbone of any sport. What differs is the sheer amount of time it can take to get a person with disabilities to the starting line.

So the spotlight this year shines firmly on Nicola!

JSAD Patron's Award for Coach of the Year 2018 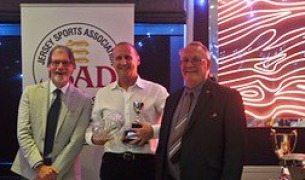 Guy Gilson picked up the Coach of the Year for his unstinting work in developing Wheelchair Tennis in Jersey.

He is always looking for opportunities for local players to compete in the U.K.

JSAD Patron's Award for Coach of the Year 2017 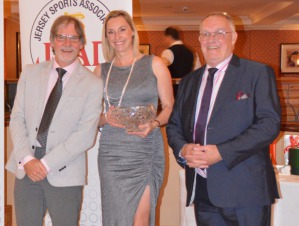 Her work and enthusiasm in coaching James Brady of wheelchair tennis has brought about significant improvements in his play.

She is always positive and this has rubbed off on James's style and demeanor.

JSAD Patron's Award for Coach of the Year 2016 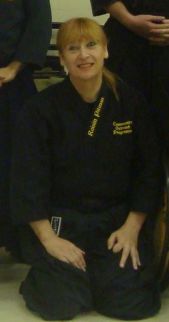 Roisin Pitman has become the latest coach to pick up this prestidgeous award.

Roisin continues to break new ground with our local members, in particular Tyrone Nicholson, who has successfully become a Second Dan in Aikido. This is a significant achievement.

Roisin is also representing JSAD on the International stage and was invited to present a keynote address to a Martial Arts Symposium in Turkey earlier this month.

It has not been an easy year for Rosh in some ways. A high profile event due to be staged in Jersey as part of Games 2016 had to be cancelled due to a lack of sponsor support.

She had put in a great deal of effort into trying to secure this event and in spite of the setback has continued to work towards staging a similar event in the future.

Rosh was presented with the trophy at the Merton Hotel on Saturday 19 November by Robert Le Brocq and Brian Ahier, Patrons of JSAD.

JSAD Patron's Award for Coach of the Year 2015 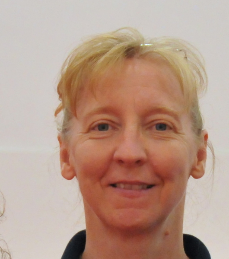 The  head coach of the Jersey Special Gymnastics Club has won the 2015 JSAD Patron's Coach of the Year.

Yana Vibert only took over from the legendary John Grady two years ago, and has done so with amazing energy and enthusiasm.

She puts in tireless work week in, week out, and that was never more so demonstrated when Yana undertook the role of Head Coach, Artisic Gymnastics, for the Great Britain team at the World Games in Los Angeles.

(That team of course included two Jersey gymnasts whose performances were quite stunning.)

The Club are really impressed that Yana has a very strong commitment to get the best out of any gymnast, regardless of their level, and that she also has a strong focus on participation.

JSAD Patron's Award for Coach of the Year 2014

The winner of the Coach of the Year 2014 is none other than founder of the organisation, Paul Patterson.

Not only as head coach to the Wheelers, but as general coach to all wheelchair basketball players you know that when Paul is coaching every player will benefit. Paul also has a team of coaches and his guidance can only benefit the coaches and wheelchair sport generally.

Paul is the technical expert and guide behind the continuing success of the Jersey Wheelers.

(Since the initial formation of JSAD in 1985, disability sport in Jersey has been very well served by coaching staff, covering a multitude of different sports.  In all cases, coaching staff are qualified to the highest degree within their discipline and have freely, willingly and enthusiastically dedicated much of their spare time to encouraging and supporting the needs of disabled sports people.  Quite often it has been necessary for unique development programmes to be developed, particularly where the disability is profound.

Quite simply, good coaching staff are the backbone of any sport, and JSAD are no different in this respect.  What differs is the sheer amount of time it can take to get a person with a disability to the starting line.

The success of JSAD over time has been remarkable and it was considered by the Patrons of JSAD high time that the efforts of our coaching staff were recognised so in 2003 we saw the first presentation of the above award.)