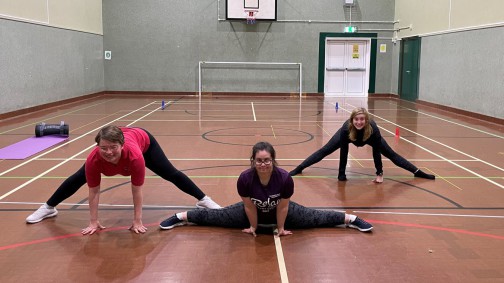 A team of three dedicated gymnasts, Alex Wheatley, Chloe Russell and Jessica Vieira, went to the Waveney Open 2022. This was the first competition since Covid, and all came back with lots of medals.

These gymnasts are a true credit to the Club and all the coaches are so proud of their dedication and their performances. Lots of the UK coaches were commenting on how well they had performed.

In spite of being evicted from their gymnasium only days before, the team picked themselves up and competed in Waveney with great success. Their nightmare return journey was made easier because of the incredible team spirit they generated. 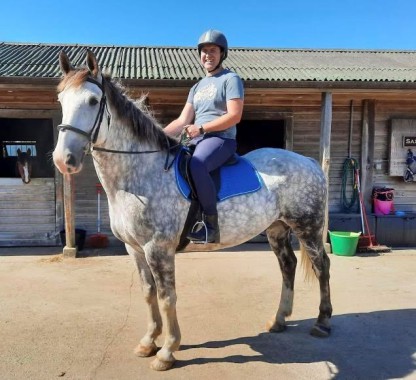 Ryan atop the magnificent Finn

History was made at the 2021 JSAD awards with a first-ever four-legged winner!

We know, only too well, how much effort goes into developing a true working relationship between a human and any animal partner. When people see a working partnership it looks to them to be easy, when in fact it is anything but.

Trust and symbiosis are required to get it right, as Ryan has done, and it is a wonderful experience for both parties in the relationship so hats off to Ryan Le Monnier and his great friend and companion Finn the horse.

It's so good to see one of our members able to stride out into new sporting territory with the confidence only a true team effort can deliver. It is a fantastic achievement for Ryan to look to qualify for the Southwest regional RDA league, and we wish him every success with this. 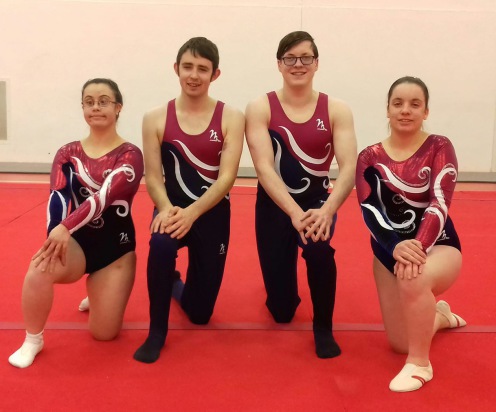 The fabulous exploits earlier this year of Jessica Vieira, Aaron Bonnar, Matthew Kirkland and Caileigh Quail can be found by clicking here. 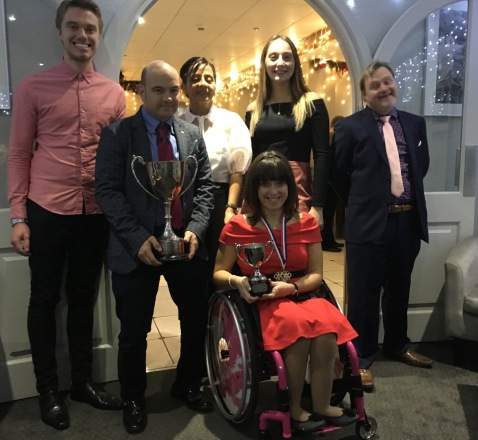 The 2018 team trophy went, as it did in 2014, to the Jersey Wheelers Wheelchair Basketball team.

The team faced a number of challenges this year, but have overcome these problems as a team, and are now actively recruiting new players to the squad.

The Wheelers were presented with their trophy by the Director of Stonehage Fleming Family Office, Karen Oliver.

The other nomination for this award, also from Wheelchair Basketball, was RBC Maples. 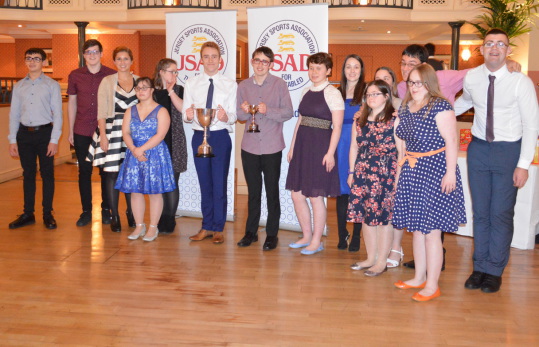 Team of the Year is the Jersey Special Gymnastics Club, for their incredible achievements in Sheffield this summer.

The Gym Club continue to perform at the highest level, as demonstrated at the Special Olympic National Summer Games in Sheffield this year. Six national champions is a tremendous achievement as well as the countless other medals. They are such a credit to the JSAD and to Jersey.

The trophy was presented to the team by Gabby Kellogg and Ellie Oury from Mourant Ozanne.

The other nominations for this award were The Jersey Wheelers, and The Special Gym mixed National Team from August.

The 2016 Vernon Tomes Memorial Trophy for the Team of the Year are the RBC Maples Wheelchair Basketball Team.

The RBC Maples have had a good year, winning the Basketball Challenge.

The Maples have also been very much at the heart of weekly basketball training sessions and as a team have supported JSAD in many ways. This includes taking on some administrative tasks relating to Challenge 2016.

A great team, which is fully disability inclusive, and a team that really knows what JSAD stands for and tries to achieve and will support us all the way.

The trophy was presented to the team at the Merton Hotel on Saturday 19 November by Eilish Brenock and Digby Ellis-Brecknell.

Also nominated for this award were the Jersey Wheelers. 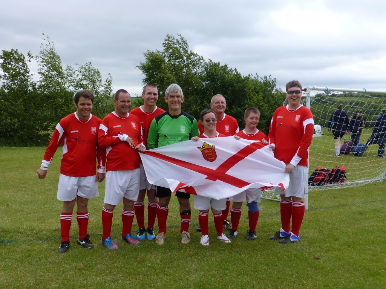 The Jersey LD Football B team won the 2015 award, beating off the other nominated team, last year's winners Jersey Wheelers.

The LD B team won silver at the 2015 George Best Community Cup in Belfast, which was organised by the Irish Football Association.

In a very high standard competition, with unfamiliar rules and pitch sizes, the team won four out of five group games to qualify for the semi-finals.

After winning the semi 2-0, they were all square until the very final minute of the final, when they sadly conceded the only goal of the game.

But the coaches were delighted with the improvement of the football showed by the team over the course of the two days, which was put down to the attitude of teamwork, and the supporting of each member on and off the field.

The 2014 Team of the Year award went to went to the Jersey Wheelers.

The members have turned out in increasing numbers throughout the year showing great enthusiasm and camaraderie, culminating in a very exciting performance in last year’s Challenge final.  The Wheelers lost in this game by a golden basket in extra time.

The Wheelers have gone on to improve since then, not only in scoring baskets but working together as a team when defending which has also been commented on by coach Guy Gilson.

And as if to prove this award was the right one, the Wheelers went on to win the final of the 2014 Challenge.

The other two nominations for this award were: