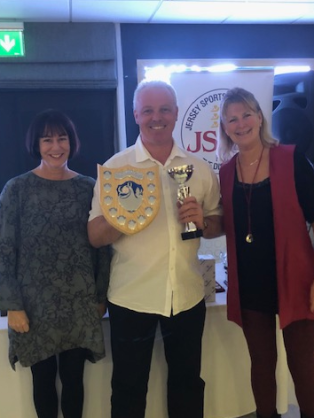 Well done to Ian Le Maistre, who has been a member since the start of the LD Tenpin Bowling League six years ago, and is very popular with the other 53 players.

He rarely misses a session and always plays with a smile on his face. Ian is extremely supportive of the other players, wishing them to do well at all times, and is a much valued member of the league. 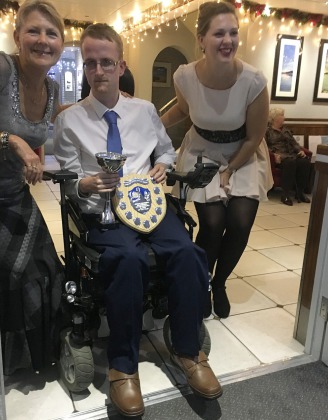 Jake Raven is the new LD Tenpin Bowling Player of the Year. He's been a member since the start and is very popular with the other players.

Jake is very supportive of the other players, always wishing them to do well, all the time. He's a much valued member of the league.

He was presented with his trophy by Linda Dukes and Emily Ursell from the Sir James Knott Trust. 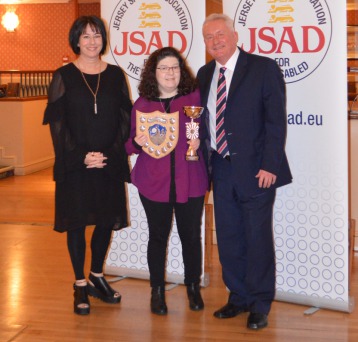 Polly Tostevin becomes only the second person to pick up this award.

She's been a great help to Mark Jones in organising the league and is held in great esteem by all the players.

Her performances have also improved significantly. Polly is always encouraging fellow players and takes great pride that she is a member of the league.

The very first winner of this trophy is Shane Crocker.

He was instrumental in helping Mark Jones start the Jersey LD Ten Pin Bowling League in January 2014 and has since played a large role in its success.

The league originally consisted of 27 players playing once a month. It has subsequently gone for strength to strength and presently we have 40 players participating every month.

Shane is extremely well respected by the other bowlers and is always there to help them should it be needed.

The trophy was presented to Shane at the Merton Hotel on Saturday 19 November by Karen Spence, representing the Sir James Knott Trust, and Mark Jones, who is the co-ordinator of the bowling league.

JSAD are very grateful to the Sir James Knott Trust for their support of this sport.