JSAD Sports Personality of the Year 2022 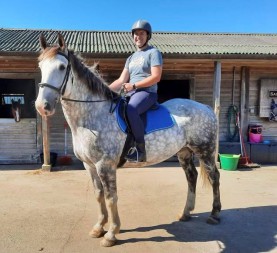 Ryan Le Monnier is the 2022 JSAD Sports Personailty of the Year!

In May he represented Jersey in swimming and was part of the ‘A’ football team in Wrexham before becoming the first person to represent the Island and to qualify for the National Championships for disabled riders after winning the Southwest Regional dressage and Countryside qualifier in Cornwall.

Ryan has also qualified for a higher-level competition, the British Dressage Festival of Para Dressage, a truly remarkable achievement.

Ryan has worked so hard at all his sports and is an absolute credit to his family and indeed the JSAD.

JSAD Sports Personality of the Year 2021 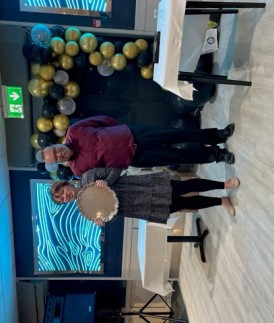 Alex Wheatley is the new JSAD Sports Personality of the Year.

She was presented with her award by the previous winner Shane Crocker.

Alex is an enthusiastic gymnast who has really grown over the past two years. During lockdown, she undertook the exercises given by her coaches but then went beyond this, with the help of her mum, by learning all the routines, and this really showed on her return to the gym.

Alex never misses a session, and always gives 100% effort, and is a great help to her fellow gymnasts.

Alex has also been a very useful member of the JSAD 26x1 marathon relay team, and is always keen to help with fundraising or supporting other JSAD events.

She always has a smile for everyone and loves to make others laugh. Her coach, Nikki Kirkland, says: "Alex is an absolute joy to coach."

JSAD Sports Personality of the Year 2019 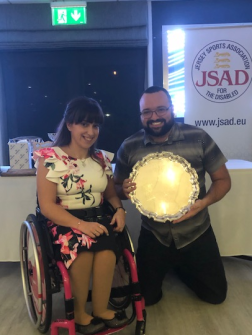 Shane Crocker is the latest winner of the top JSAD award, following a great year of achievements. Shane captained the LD Football A team in two successful tournaments in the UK, leading by example.

He passed the Level 1 Certificate in Coaching Football, run by the JFA and

He improved his average score at Tenpin Bowling, and is also a valued member of the LD swimming team.

JSAD Sports Personality of the Year 2018 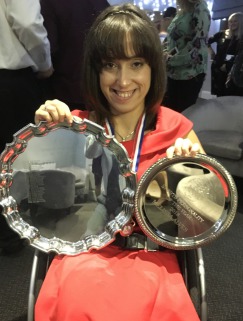 Surely one of the most popular winners ever, it was Melissa Alves who took the top prize for 2018.

Melissa has been a JSAD member for many years, and has always supported the aims and objectives of the Association to the full, as well as participating in a number of wheelchair sports.

She is a great champion of our aims and uses any public speaking opportunity she gets  to promote the JSAD and to encourage others with a disability to take part.

Melissa has also been a very active fundraiser for the JSAD for many years, raising thousands of pounds through sponsorship of various events.

She was presented with her award by Hugh Raymond, the Chairman of the Jersey Sports Council.

After the awards night, Melissa gave this interview to ITV.

JSAD Sports Personality of the Year 2017 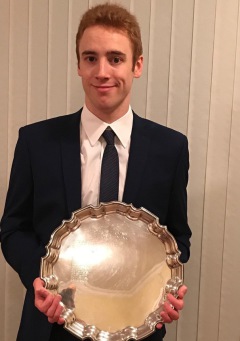 The top JSAD award for 2017 has gone to  Alex Buesnel.

Alex has had a very successful year this year attending the Nat West Island Games (the first JSAD member to have achieved this) and winning a silver team medal and also retaining his 10th British Disability Artistic Gymnastics title.

Alex has also been selected to be one of British Gymnastics’ Disability Ambassadors which is a great honour.

Alex was presented with his trophy at the Merton Hotel by Catriona McAllister, Chief Executive Officer of Jersey Sport.

JSAD Sports Personality of the Year 2016 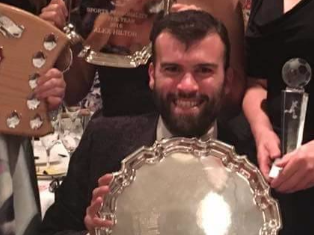 The winner of the top JSAD award for 2016 is Alex Hilton.

Alex has been, in his own words, inspired by the work of the JSAD. Alex is a man that takes part in many sports including football, cycling, sailing and running.

Recently, and entirely off his own bat, Alex decided to raise funds for the JSAD by challenging himself to cycle around five Channel Islands in one day. Yes, he had help organising such a logistically challenging event but he did it. And you can read all about it by clicking on "Five Islands Cycle Challenge" on the menu on the left.

Alex is a great ambassador for disability sport and a man both inspired by JSAD and a man inspiring others with a disability to have a go at sport.

He was presented with his trophy at the Merton Hotel on Saturday 19 November by Janet Tuck.

And there was a second award picked up by Alex - as he was voted LD Footballer of the Year. Click on the menu on the left hand side to find out all the award winners for 2016.

JSAD Sports Personality of the Year 2015 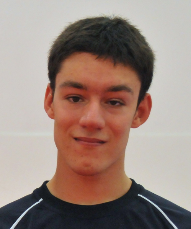 The top prize in Jersey disability sport has gone to James Lang, after a quite magnificent year for this special gymnast. He returned from the World Games in Los Angeles as overall World Champion at Level 3, winning six gold medals and one silver.

He also qualified to compete on all six pieces of apparatus at the Open Disabilities Championsips in Liverpool back in March, earning himself two bronze medals, despite being up against the top eight gymnasts in the country. And to cap it all, he met his hero, star gymnast Louis Smith!

JSAD's Paul Patterson said: "What James has achieved is stunning, and the whole of Jersey needs to be proud of him."

JSAD Sports Personality of the Year 2014

The winner of the top JSAD award for 2014 is James Brady.

In Wheelchair Tennis, James was selected to go to the National Development Series Finals in London in November 2013 and came away with third place in the singles and winning the doubles final with partner Shahzad Afsal. His tennis has improved week on week this year and he is playing a much stronger game.

James also took part in the Jersey Marathon this year as a Wheeler.

James has a wicked sense of humour which always brings a smile to his teammates’ faces.   He is a good all round sportsman and a great ambassador to Wheelchair Sports and JSAD.