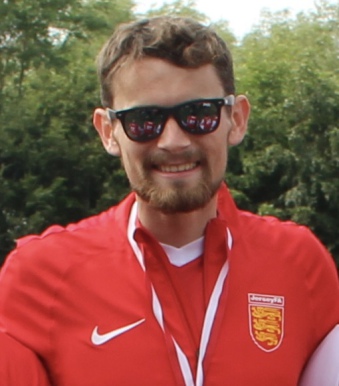 Seb has had another outstanding year with the football squad. He sets such a great example at training and encourages others using the knowledge gained from completing the Level 1 Certificate of Coaching and the JFA Referee course.

Seb was the ‘A’ team player of the tournament in Wrexham this year which included an outstanding hat-trick against Doncaster. 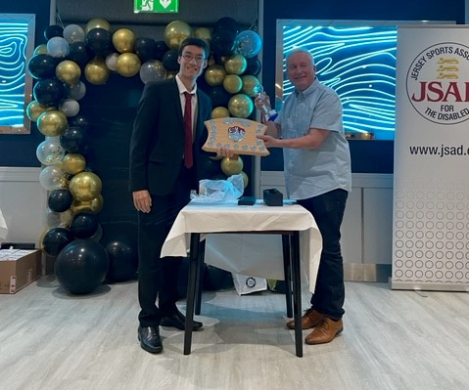 James Lang (left) presented with his trophy by Mark Jones

James Lang is the proud Footballer of the Year winner for 2021.

He is a relatively new member of the football squad and his boundless energy, enthusiasm to take part and willingness to listen and learn are factors that have all contributed to his great development in the past year.

James has become a good defender, understanding the basic strategy and is willing to get “stuck in” and make it difficult for the opposition. In the bi-monthly “best player at training” award, he has consistently scored well but never won the award. However he has achieved the highest total over the course of the last year, warranting the well deserved Footballer of the Year award. 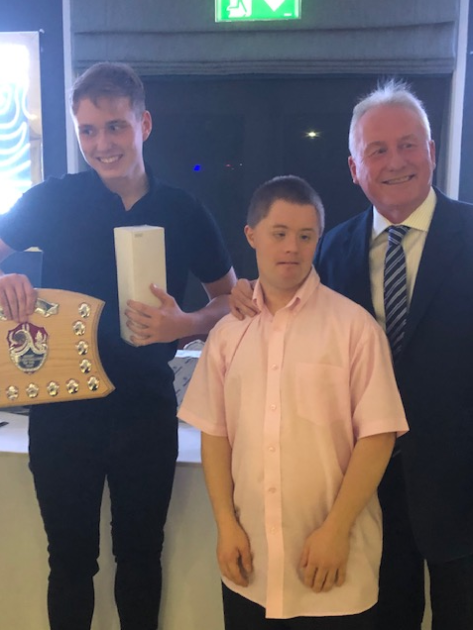 If there's anyone who typifies what the JSAD is all about, it is Lewis Nowell.

Lewis has been a valued member of LD Football for some four years, and his improvement has been simply remarkable. He is very popular with the other

players and is always keen to improve his overall game.

Lewis is a really good trainer (Mezut Ozul are you listening??) and pays great attention to what the coaches say.

He has been on several trips and has always been a credit, to not only his club, but to his family as well. 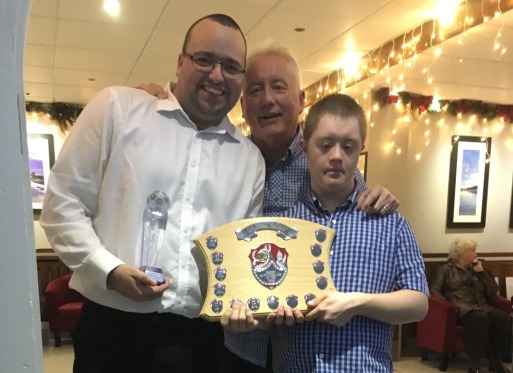 Shane Crocker is the seventh winner of this award. He is someone who typifies everything this club is about.

He has been a member for 13 years and rarely misses a training session. He is held in high regard by all the club officials and players.

Recently, he's shown a real willingness to help on the coaching side and this will continue to be encouraged.

Shane has been captain of the A team for many years, and has excelled with the added responsibility - a real leader, both on and off the pitch.

His award was presented by Mark Jones, who also thanked Shane for being a great source of support to him and his family for many years, and for being a brilliant big brother to Ryan. 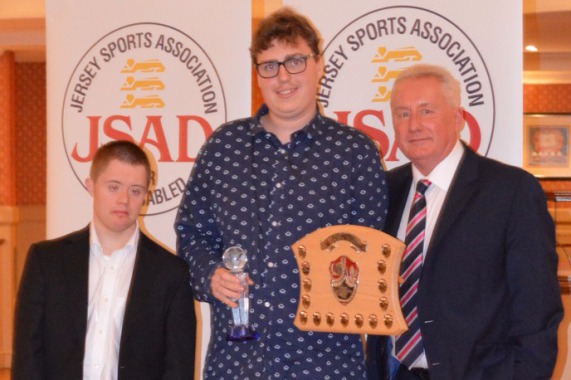 Sam Cross is the latest winner of this award.

He turns up for training every week with a great attitude, and always takes on board what the coaches say, and continues to improve his all-round game.

He is extremely supportive of his fellow players, and is always offering encouragement to his team mates. 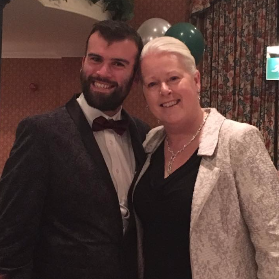 This year's new Sports Personality of the Year, Alex Hilton, picked up his second award of the night.

This player is a relatively new member of the Jersey football squad, but since he joined a few years ago he has improved his overall game by listening to his coaches.

This year he was one of the stars of the successful trip to Harrogate where both teams received silver medals. He was part of the A-team, scoring a hat trick in one game, and was voted the A-team player of the tournament.

He epitomizes the qualities that the coaches look for by working hard, encouraging others and being respectful and considerate to all the members of the Jersey football squad.

As you can read here Alex has taken part in a cycle challenge around four of the Channel Islands to raise money for the whole team, demonstrating again that he is a 'team player' and a very deserved winner of this award.

"I couldn't be the football player I am without the hard work and dedication of my coaches and fellow players," writes Alex on his Facebook page. "They are the ones that want to see me achieve greatness, like I do with them."

Alex was presented with his trophy at the Merton Hotel on Saturday 19 November by Mark and Ryan Jones.

(This is the fifth year of this award for the JSAD, in memory of Heather Jones who sadly passed away in 2012.

Heather was a great supporter of our Learning Disability Football Squad and, together with her husband Mark, was extremely proud of the achievements of their son Ryan who has been a member of the squad for some years.

Mark felt that this award would be a very fitting tribute to Heather for many years to come.)

This year's winner is the ever-popular Paddy O'Connor.

It's remarkable to think that Paddy was one of the very first squad of eight players, some 14 years ago!

He's always given his best in training and in competition, and has always been supportive of the younger players.

A great example of that was a few years ago, when Ryan Jones dislocated his knee during a competition in Harrogate. Paddy went up to Ryan, while Ryan was on the stretcher, and said "Don't worry Giggsy, we'll win the match for you!" He then proceeded to give a great performance and encouraged the team to victory.

Despite being perhaps in the twilight of his football career, he still played a part in the B team winning a silver medal in Belfast earlier in 2015.

The 2014 winner is Jordan Gautier

Jordan has been a valued member of the football team for about 9 years and has always showed a willingness to listen to the coaches and to improve all round. He has learnt to play in a number of different roles over the last couple of years which has greatly attributed to the success of the team in a number of competitions.

In the prestigious Harrogate tournament in July, Jordan was part of the "A" team that won the silver medal and produced his best performance to date and was rightly awarded the "A" team player of the tournament.

On a more personal note, Jordan has been a great friend to Mark and Heather's' son Ryan in what has been an extremely difficult time.