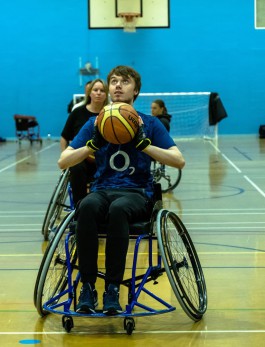 The inspirational Jack Brown is the latest winner of the "Endeavour" award.

Jack is a motivator to us all in the way he carries on with his daily life whilst he continues to strive for the maximum mobility he can obtain.

Jack regularly attends wheelchair basketball sessions and plays for the Jersey Wheelers, and in addition is very keen on trying his hand at other sports, both indoor and outdoor. 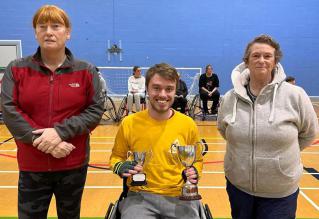 Jack was unable to attend the awards night, but he has finally got his hands on the trophy!

He was presented with the Graeme Pitman Memorial Trophy for Endeavour at a Wheelchair Basketball session, and you can see Roisin Pitman (left) and Christine Pitman either side of Jack. 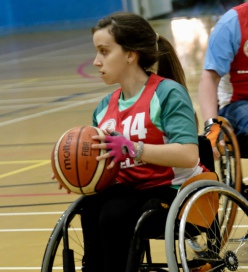 Melissa Alves has gone through quite a difficult time in the last 18 months with a period of isolation and then a troublesome time with Covid vaccinations, but has still turned up at wheelchair basketball with a smile on her face when she was well enough.

Throughout this time, she should be very proud of herself in her continued attendance and development in wheelchair basketball.

Former Sportperson of the Year Melissa was presented with her award for Endeavour by Roisin Pitman. 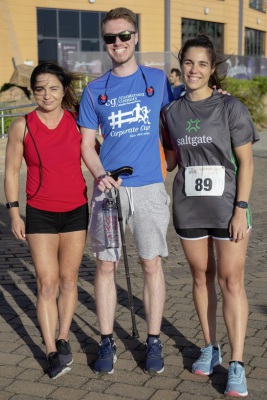 Jack Brown wins this year's award. He is simply an inspiration to everybody in the way he carries on with his daily life whilst always striving for the maximum mobility he can obtain.

Jack regularly attends the wheelchair basketball sessions and plays for the Jersey Wheelers. He's also very keen on trying his hand at other sports, both indoor and outdoor.

Unfortunately, Jack was unable to attend the awards night, so his trophy was collected by Alan Ronxin, Wheelchair Sports Manager, on Jack's behalf. 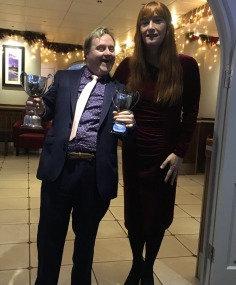 Darren Renouf won this trophy for the second time, as a dedicated member of the Jersey Wheelers.

Indeed, Darren turns out week in, week out for this sport, and pretty much all other JSAD activities he can get to!

He is always positive in all he does, and remains a great asset to the JSAD.

He was presented with the award by our own record-breaking martial artist Roisin Pitman. 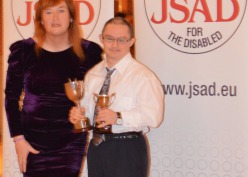 Rui, who was Sportperson of the Year back in 2009, is the longest standing member of the Jersey Special Gymnastics Club, at 25 years!

He attends training three times a week, and helps set up the equipment. Rui has also attended a coaching course in August. He was presented with his award by Roisin Pitman.

Simon Larbalestier is a great supporter of JSAD and all we do.

It was a horrid shock to learn that he had been diagnosed with a brain tumour back in May.

Since the diagnosis Simon has undergone extensive surgery and post-operative treatment including radiotherapy and in spite of all these hardships he has continued to support the JSAD, in particular wheelchair sport.

It is with great pleasure that we are able to report that Simon has recently received the all clear from his medical team.

Simon was presented with his trophy at the Merton Hotel on Saturday 19 November by Roisin Pitman.

The winner in 2015 is Jamie Wolfe, who is relatively new to disability sport.

But in spite of severe physical restrictions, Jamie attends nearly every wheelchair basketball training sessions and has adapted incredibly well to playing this sport.

For the second time in succession, Darren Renouf has won this award.

Darren is a great supporter of JSAD activities and is a loyal and willing attendee at many of our events including helping as well as participating. Unfortunately, Darren has had to overcome some significant health issues over the last 12 months but has done so with his usual friendly style.

(Now in its thirteenth year, the criteria for this award is simple but the selection is so difficult, given that so many JSAD members have to overcome great difficulties to take part in sport.)